When Picabella makes a strange discovery, her brother Leonardo gains an inexplicable gift that helps to preserve his greatness for the future.

“But it’s 300 years too soon.” The woman examined the water, which displayed a picture of Milan in the fifteenth century. She touched a slender finger to the surface, and the ripples spread before becoming still. The scrying bowl now showed an image of a man bent over a wooden desk.

“Well it is done. We shall just have to see how he uses the gifts we have given him. Perhaps he will surprise us.”

The woman glanced at her companion, worry creasing her brow. The elders rarely made mistakes. Placing a man’s soul in a time in which he did not belong carried many risks. But Zoleh was right—it could not be undone now.

Picabella slammed the dead bat on the table.  Puffs of air disturbed the parchment which lay scattered on the worn surface.

“Stupido!” She directed her glare toward Leonardo. He looked up, distracted from his work and perplexed by her anger.

“You do not know how dificile it was to find a person willing to capture and kill a bat! For what? Another crazy idea of yours? This is…” she struggled for the words to explain her exasperation. “Stupido!”

“Pica, you know I cannot properly sketch without a specimen! Basta! I thank you. Now leave me.” Leonardo dismissed her. He loved his younger sister, but he was on the brink of something important. Painting, that was all well and good. But mechanics! Ah, mechanics spoke to his heart.

He returned his attention to the drawing he was working on. After moment, he reached for the bat. It was pliable; evidently it was a fresh kill. He cleared a space to his right and spread the bat upon it, wings pulled taut and its head to the side.  Frowning in concentration, he glanced from the bat to his page.

Picabella, having ignored the dismissal, moved to peer over his shoulder. “This is to make people fly? But I do not understand why you do this thing. We do not belong with the birds.”

“Imagine, Pica! If a person could go from one corner of Milan to another, and all through the sky! Mia cara, it would be wonderful!” Leonardo’s eyes glazed as he considered the possibilities of flight.

“If we were meant to fly, God would have given us wings.”

Picabella crossed herself and huffed. She turned to leave, but an object on her desk on the other side of the studio caught her eye. The mirror. The ivory case was cracked, and the color had flaked off. She meant to repair it that morning, before being tasked with retrieving the bat for Leonardo. No time like the present.

While Leonardo scratched on his page and examined the small creature, Picabella hunched over her task. With steady hands, she applied thin and perfect lines of color to the object in her grasp, applied plaster to the cracks, and added adhesive to secure the mirror to the case. Leonardo remained oblivious to her ministrations.

She had discovered the old mirror and case in the attic the day before.  It seemed to call to her. When she picked it up, flakes of gold leaf fell to the floor. It felt warm to the touch, enough so that her hands tingled with the heat. She wondered how something so rare and valuable came to be there.

“Pica, look at this bat.” He picked up the small corpse and held its wings out in a parody of flight. “Bats are masters of flight! Unlike birds, they have hands, like us. If bats can fly, then we can as well. Mark my words, I will make this flying machine!”

“A flying machine, indeed. È impossibile!” The man had a mind unlike anyone she knew, and despite the implausibility of most of his creations, she remained proud of his ingenuity. “I still do not believe, but if any person could make such a thing possible, it would be you. Now, I have something to show you as well.” She strode from her corner, then gently placed the freshly repaired mirror case onto his workspace and explained how she discovered it.

“Pica, it is beautiful! I’ve never seen its like. But—why is it warm to the touch?”

As he held it up to peer into it more closely, his eyes widened and he looked at her, startled. “Pica,” he whispered. “It is trying to speak to me.”

Leonardo could see her disbelief. “I do not mean in words, but I feel as if it is imparting a message to me.” Brow furrowed, Leonardo looked from the ornate little mirror, to the dead creature, then to his sketches and scribblings.

Picabella reached over his shoulder to pick up a page of his notes. “But Leo, what have you written here? I cannot read a word of it.” Perplexed, she gazed at lines of nonsensical writing. It was oddly slanted, and didn’t appear to be in a language she understood.

“I was writing my notes on the flying machine, and when I was finished, they looked like this.” Anxiety and fear flickered on his face. “But here, mia cara, look now.” He held the mirror in front of his writing, and there in the reflection, the words flowed in perfect order. Somehow, he had written everything backwards, from right to left, so it could only be read with a mirror.

Picabella felt cold, certain they were subject to an inexplicable power.

As the months and years passed, Leonardo kept the mirror with him always. Eventually he became known for his unusual method of notetaking. Despite his belief in it, the flying machine that started it all was never constructed.

The bowl reflected a funeral procession: a casket followed by sixty beggars.

Zoleh spoke. “He did well with our gifts. His knowledge shall be preserved until his intended time.”

The woman sensed the presence of the mirror inside his casket: the gift that balanced a mistake.

Thank you for reading my Round 1 story for the YeahWrite Super Challenge. We had 48 hours to write a 1000 word story. This round consisted of a two-part prompt: a character, and an action. For my group, the character had to be the imaginary younger sibling of a famous person (which could be real or imaginary). So no, Picabella never existed. The action was to repair an object. Thus, the mirror. I don’t know whether a specific mirror was ever used in Leonardo’s famous mirror writing, but it felt right that his little sister Pica should be the one to find one for him. Leonardo da Vinci was indeed a genius born before his time, and I had a lot of fun researching him for this short piece.

Writing a complete story in 48 hours is certainly a challenge. Are there elements I’d change with more time and less constraints? Of course. Nevertheless, I’m so pleased that this piece has earned me the honor of advancing to the next round which will take place this weekend. 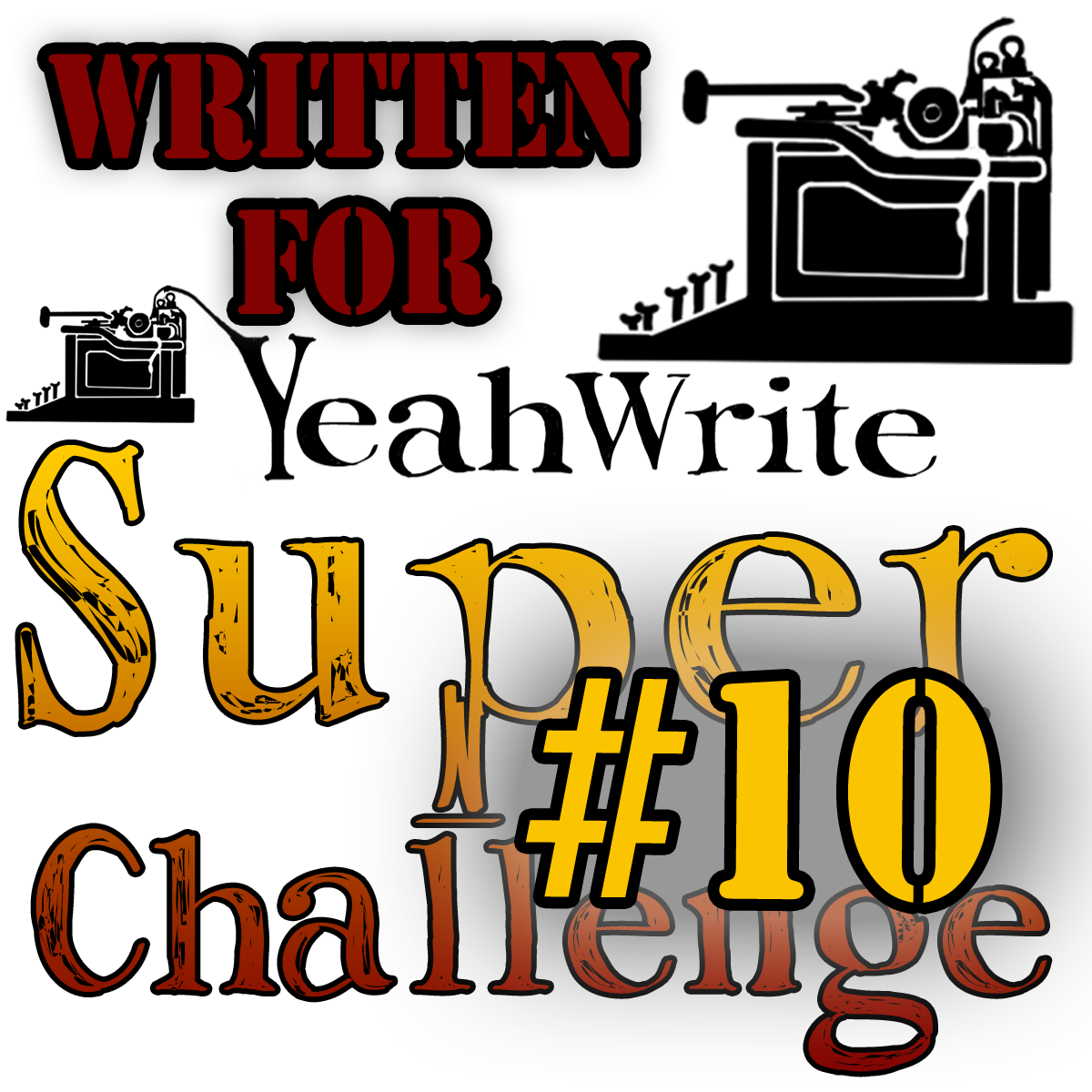 © KJ Hunter and kjhunterwrites.com, 2018. Unauthorized use and/or duplication of this material without express and written permission from this site’s author and/or owner is strictly prohibited. Excerpts and links may be used, provided that full and clear credit is given to KJ Hunter and kjhunterwrites.com with appropriate and specific direction to the original content.